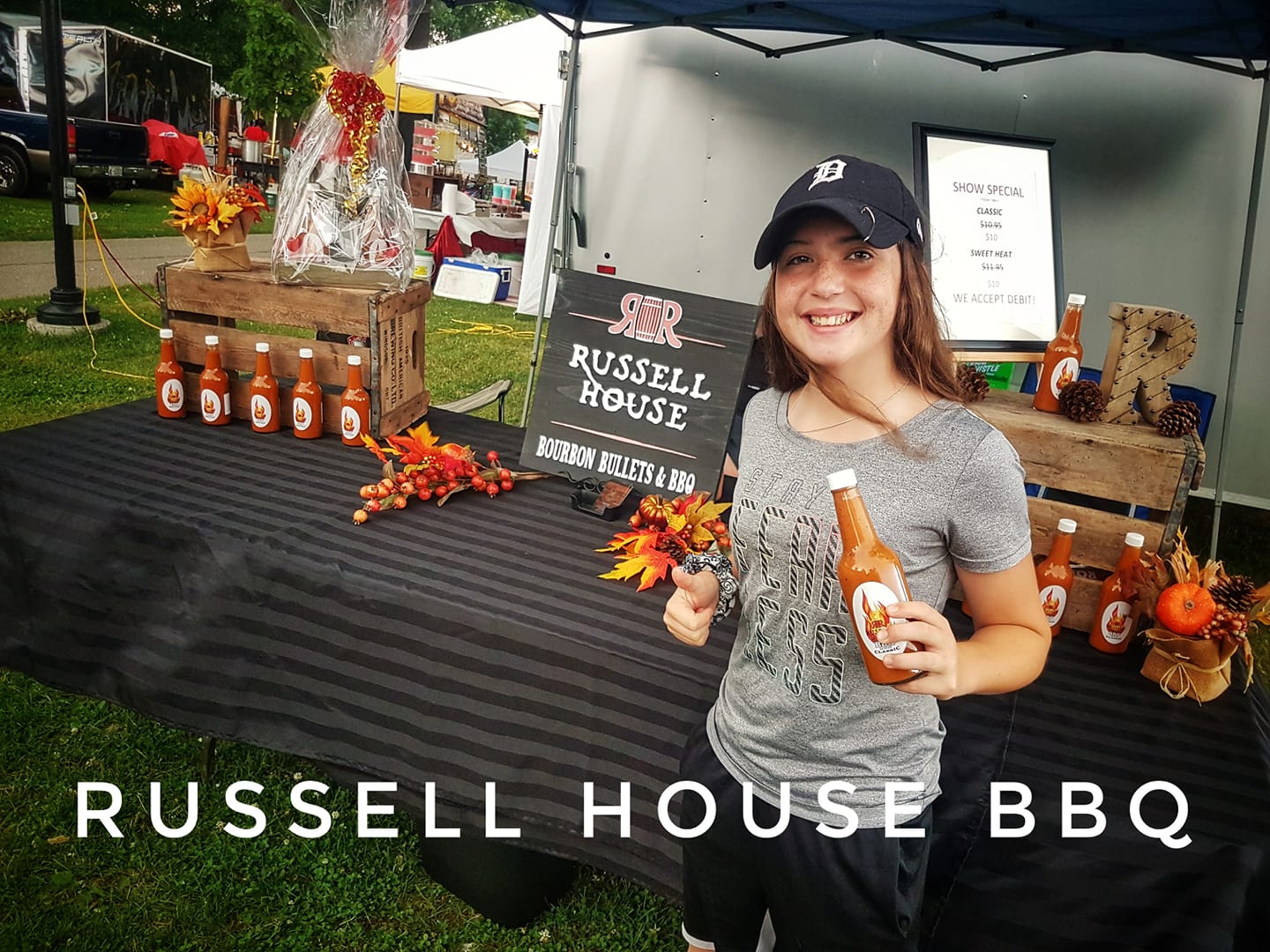 It’s not every day that you hear about businesses created by teens, but for Russell House BBQ Sauce, that is precisely what happened!

Alexis Russell, now 14 years old, whipped up her first barbecue sauce in the third grade as a Father’s Day project for school. When she brought the gift home for her family to try, it was an instant hit, and she knew she wanted to start making barbecue sauce herself!

Feeling determined, Alexis knew she wanted to create her own sauce, venturing outside the school recipe’s limits, without help from her family. And so, she was left in the kitchen to master this new skill!

What she came up with on her first attempt was good but didn’t quite come up to par with what she had made for Father’s Day. As it turns out, Alexis did need a bit of assistance after all, but only to confirm measurements and ratios – as for the rest of it, she was on the right track! Mom and Dad, Danielle and Scott Russell jumped in to help whenever they were needed.

After finding that sweet spot in the recipe, family and friends who tasted it suggested they start selling it

After finding that sweet spot in the recipe, family and friends who tasted it suggested they start selling it – but if they were to sell the product, they needed a name! What better way to pay tribute to this family’s support and teamwork than to use it as your business name? And so, Russell House BBQ Sauce was born!

The Russell family had been selling their barbecue sauce to friends and family for a few years before getting the itch for a new taste, something with more heat, but not overpowering. And with that in mind, Alexis and her father hit the kitchen, whipping up more and more recipes until they found what they were looking for!

Now, with two sauces on the roster, they needed a way to identify them. Their original sauce was named the “Classic”, and thanks to the sweetness and touch of heat in the second recipe, they figured there was no better name than “Sweet Heat”!

Will there be a third sauce added to the line-up, you ask? If you’re into the real hot stuff, then their next launch is for you! Working with hot peppers straight from Lee & Maria’s, the Russell’s are working on a Hot Sauce with all organic ingredients!

If you’re looking for ideas incorporating Russell House BBQ Sauce into your home meals, take a page from the Russell Family and toss that Classic Sauce on some chicken or on your breakfast eggs. You can even get creative and make a homemade BBQ Chicken Pizza! Last but not least, toss your chicken wings in the Sweet Heat Sauce – you won’t regret it!

If you haven’t tried these fantastic sauces or simply need to restock your home inventory, you can find Russell House BBQ Sauce over at Lee & Maria’s.